St. Flannans Ennis defeated CBC Cork by 1-15 to 1-12 in the Dr. Harty Cup Final on Sunday March 1st at Mallow.

St Flannan’s hold out against Christians in Harty Cup final

Report By Therese O’Callaghan for the Irish Examiner newspaper

The Dr Harty Cup is heading back to Ennis after St Flannan’s College claimed their 22nd title in Mallow today, their first since 2005.

The Ennis school led from the sixth minute, and while CBC were just a point behind early in the second half and did have numerous goal opportunities, St Flannan’s overall strength was telling.

St Flannan’s, playing into the teeth of a strong crossfield wind in front of a crowd of 2,947, established a 0-4 to 0-1 lead in the first 12 minutes. Setting up defensively, their short passing game worked well with point from Cian Galvin, Peter Power, Killian O’Connor, and Tony Butler helping them on their way.

They struck a decisive blow a minute later when a free-flowing move started and finished by Diarmuid Cahill was fired to the net.

Jack Cahalane was the main man for CBC, superbly keeping the score ticking over, his accuracy from frees crucial – he shot five of their first-half tally, four from placed balls.

St Flannan’s, despite being somewhat wayward towards the end of the half closed out with points from the hard-working O’Connor and Conner Hegarty to lead at the interval, 1-8 to 0-7.

Three Cahalane scores after the break cut the gap to a single point, however, St Flannan’s pushed on again; Galvin landing the next three points, including one outstanding effort from play. Oisin O’Donnell and O’Connor added points as the advantage stretched out to five points with 10 minutes remaining.

CBC never gave up, but they needed one of those goal chances to go over the line. They did raise a green flag, but it came too late when Cahalane netted from a penalty in the seventh minute of added time.

St Flannan’s, who were wasteful at times, held out and celebrated in style.

Paths to the Final 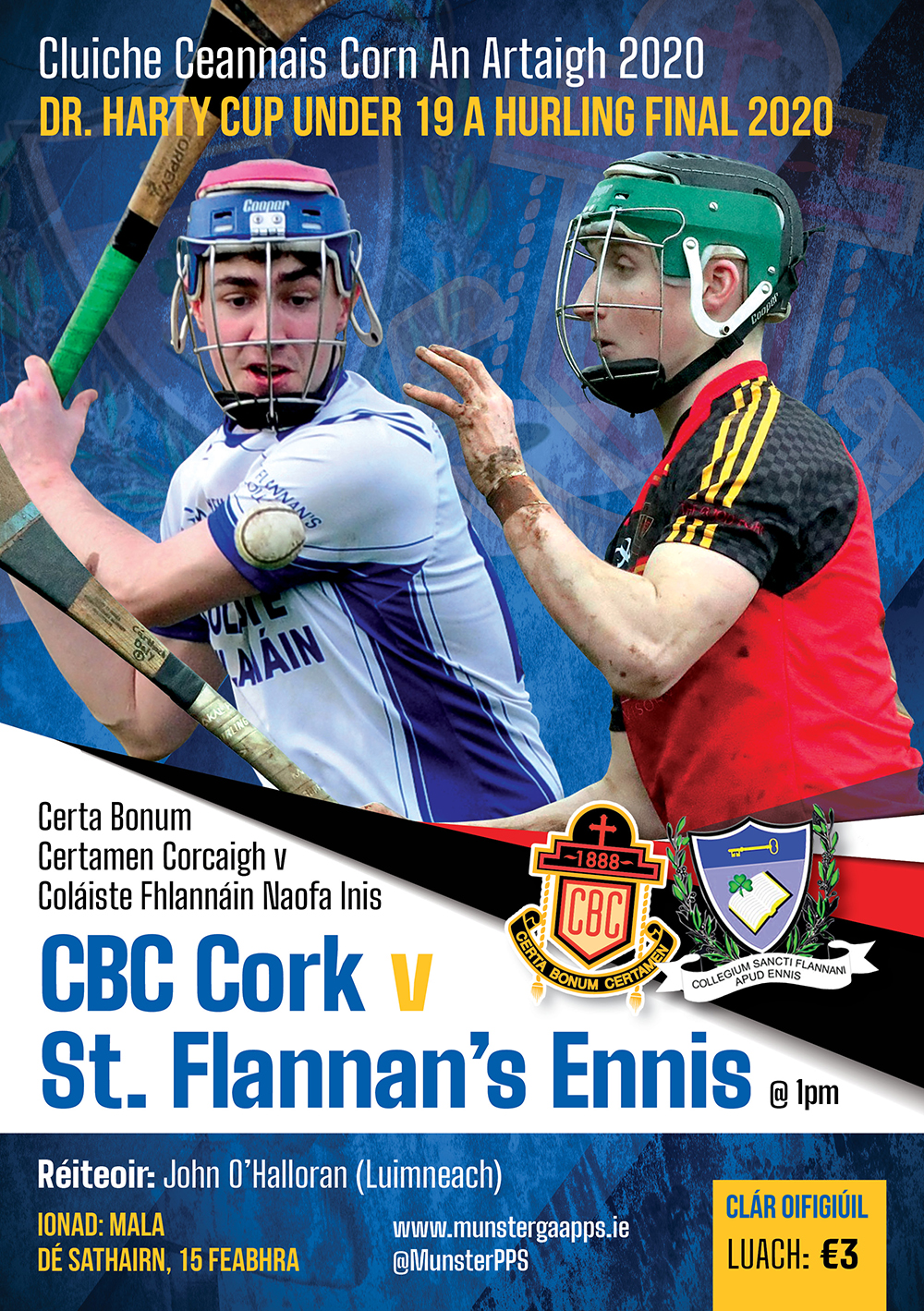 We wish to extend our sympathies to the family and friends of the late Brother O’Connell who has recently passed away.

Following the announcement made by An Taoiseach, Leo Varadkar, that all schools are to close until March 29th, the Munster PPS Committee has taken the decision to postpone remaining Munster PPS competitions for the foreseeable future.