A 53rd minute goal for Luke Vaughan finally clinched the prestigious Br. Taft Cup for St Flannan’s and in truth it was fully merited as they possessed the greater balance, eye for goal and also had the edge on physicality throughout. https://t.co/zAZjd8D1E0

St Francis, Rochestown had no answer for Flannan’s imperious full forward line that accounted for 5-3 over the hour.https://t.co/b6KgZ5rnna

Report by Jack Neville for the Irish Examiner newspaper

A dominant first half paved the way for a comprehensive St Flannan’s win in the Munster U15 A Post Primary Schools Football Final at Ballyagran, Co Limerick on Tuesday.

Rochestown had no answer for Flannan’s imperious full forward line that accounted for 5-3 over the hour. Leon Talty and Graham Ball both raised a pair of green flags with Luke Vaughan rounding out the goalscoring late on.

Ball was the first to find the net after ten while Rochestown had to wait until the 15th for Cillian Murphy to get their opener to make it 1-1 to 0-1.

By the time they next scored, St Flannan’s had almost put the game to bed. Eoin O’Connor replied instantaneously before Talty finished low into the corner, being set free by Dara Kennedy. Rory Ralph then added his name to the scoresheet before Murphy had Rochestown’s second.

Again, the Clare school hit back with a flurry, Ball grabbing a second after some nice work down the sideline from Vaughan while a pair of Kennedy frees rounded out the half with Flannan’s leading 3-6 to 0-2.

Any hope of a Rochestown comeback was quickly quenched with Talty fetching his own ball 30 yards from goal before turning his man and finishing with aplomb just three minutes after the restart.

Flannan’s appeared to be in cruise control when Rochestown eventually breached their rearguard, Ciaran Fitzgerald pouncing on a short effort from Diarmuid O’Donoghue. The deficit was back to ten with just over fifteen to play as Murphy fired a blistering effort into the top corner, giving Cian McAllister no chance in the Flannan’s net.

However, Flannans’ Eoin O’Connor was on hand to curb their momentum, starting and finishing a move that ended a fifteen-minute spell without a score. Vaughan killed off the contest with his goal on 55 minutes as they moved 13-clear once more.

Thomas Murray did grab Rochestown’s third goal with the final score of the day, but it was in vain as St Flannan’s Dara Kennedy deservedly raised the Taft Cup aloft to the delight of a strong Ennis crowd. 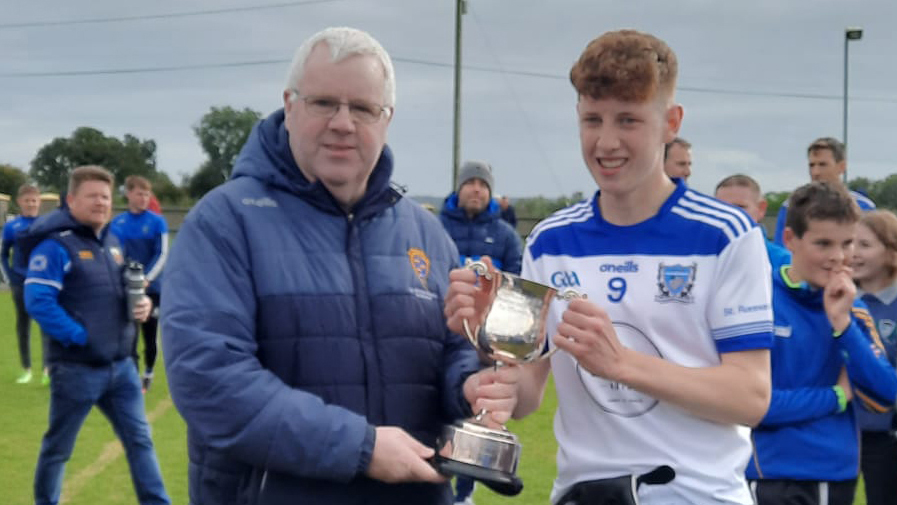 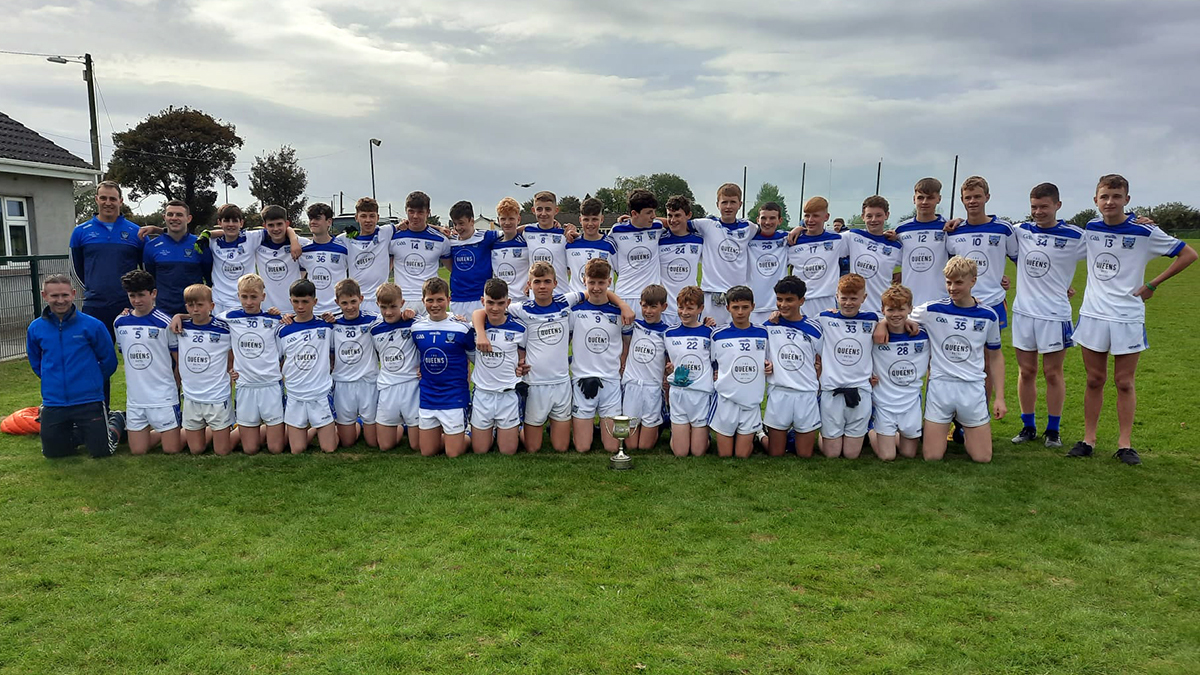 St. Flannans Ennis panel and mentors after the game 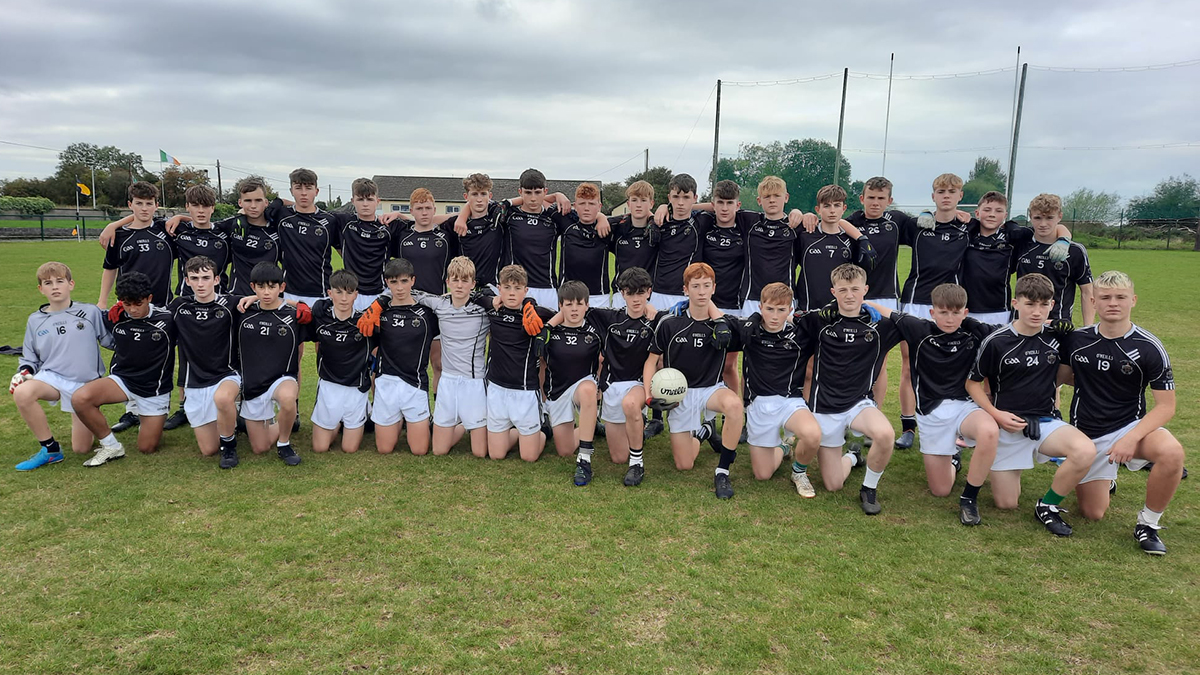 St. Flannans qualified for this final courtesy of hard fought wins over Tralee CBS in the Quarter-Final (5-10 to 3-15) and St. Brendan’s Killarney in the Semi-Final (1-12 to 1-7). St. Francis College Rochestown on the other hand had a bye to the semi-final where they accounted for P.S. Chorcha Dhuibhne on a scoreline of 7-10 to 1-11.

St. Francis College Rochestown won this title back in 2018 while St. Flannans were successful in 2014 and 2017 and also won the Under 15 A Football grade in 1998 and 2004 when the competition was known as Corn Uí Mhóráin.