Report by Therese O’Callaghan for the Irish Examiner newspaper

Played before a huge and enthusiastic crowd of 7,283, the first-time finalists in this all-Tipperary decider were made go the full distance by a gritty CBS Thurles.

It was a dream come true for Brendan’s Ryan side, who only returned to the Harty last year. They were clearly up for the challenge. And having eked out narrow wins in both of their knockout games in January, they never panicked to create their own bit of history.

It was a brilliant collective team effort, with man-of-the-match Ger O’Dwyer leading the way delivering a rock-solid defensive performance. As well, six points from the stick of free-taker Ronan Connolly were crucial.

With the teams locked 0-11 apiece, Eanna Ormond supplied the winner in the second minute of stoppage.

It was a disappointing result for CBS Thurles who were seeking their ninth title – their most recent in 2015 – and it will be little consolation that they came up short only by the minimum.

It was a nervous start from both teams, Robbie Ryan eventually getting the scoreboard moving in the seventh minute. When he added a second free three minutes later, CBS Thurles with the wind at their backs were two ahead.

When Ronan Connolly – the joint-captain listed as number eight but lining out in the full-forward line – split the posts from a placed ball, Cashel CS got going. They picked off the next three points, two from their free-taker Connolly.

Notably, the first white flag from play didn’t arrive until the18th minute, that was courtesy of Fabian Ryan for Cashel CS to lead 0-4 to 0-2.

The final 10 minutes of the half belonged to CBS Thurles. Maher floated over a free before Aidan Stakelum combined with Daniel Rossiter and Joe Egan to level the game. and three minutes from the end of regulation, Tommy Maher scored his second point to leave CBS Thurles narrowly in front, 0-5 to 0-4.

Just like in the first-half, the restart was slow to get going. Tommy Maher extended the Thurles lead from a free. Ben Currivan and Connolly answered, 0-6 apiece.

David McGrath had a chance for a Cashel CS goal, but under pressure it trickled out wide only for the referee to call back for a free that Connolly converted. The same player added a ’65 and a free, 0-8 to 0-7 at the end of the third quarter.

As the intensity upped, Cashel CS began to stamp their authority and a point each from Oisin O’Donoghue and Adam Daly made it a three-point match.

However, and in keeping with the nature of the day, CBS Thurles bounced back with a trio of points to draw level, 0-10 each, and four minutes remaining.

The teams were tied once more through David McGrath and Tommy Maher before Eanna Ormond sealed the historic win with his 62nd minute point.

Cashel CS had a number of chances to extend their lead. But they didn’t oblige.

All Adults, Students and OAPs attending this game will require a ticket. Tickets are available to purchase via the link below and at participating Centra and Supervalu outlets.

Patrons are encouraged to purchase tickets in advance of arriving at FBD Semple Stadium. There will be no cash sales at the venue.

Entry will be via the Ó Riain Stand only.

This game will be streamed live by Munster GAA TV at a cost of 10 euro.

Click here to purchase Live Streaming for this game

Don’t forget to pick up a copy of the 40 page Souvenir Match Programme for 3 euro. 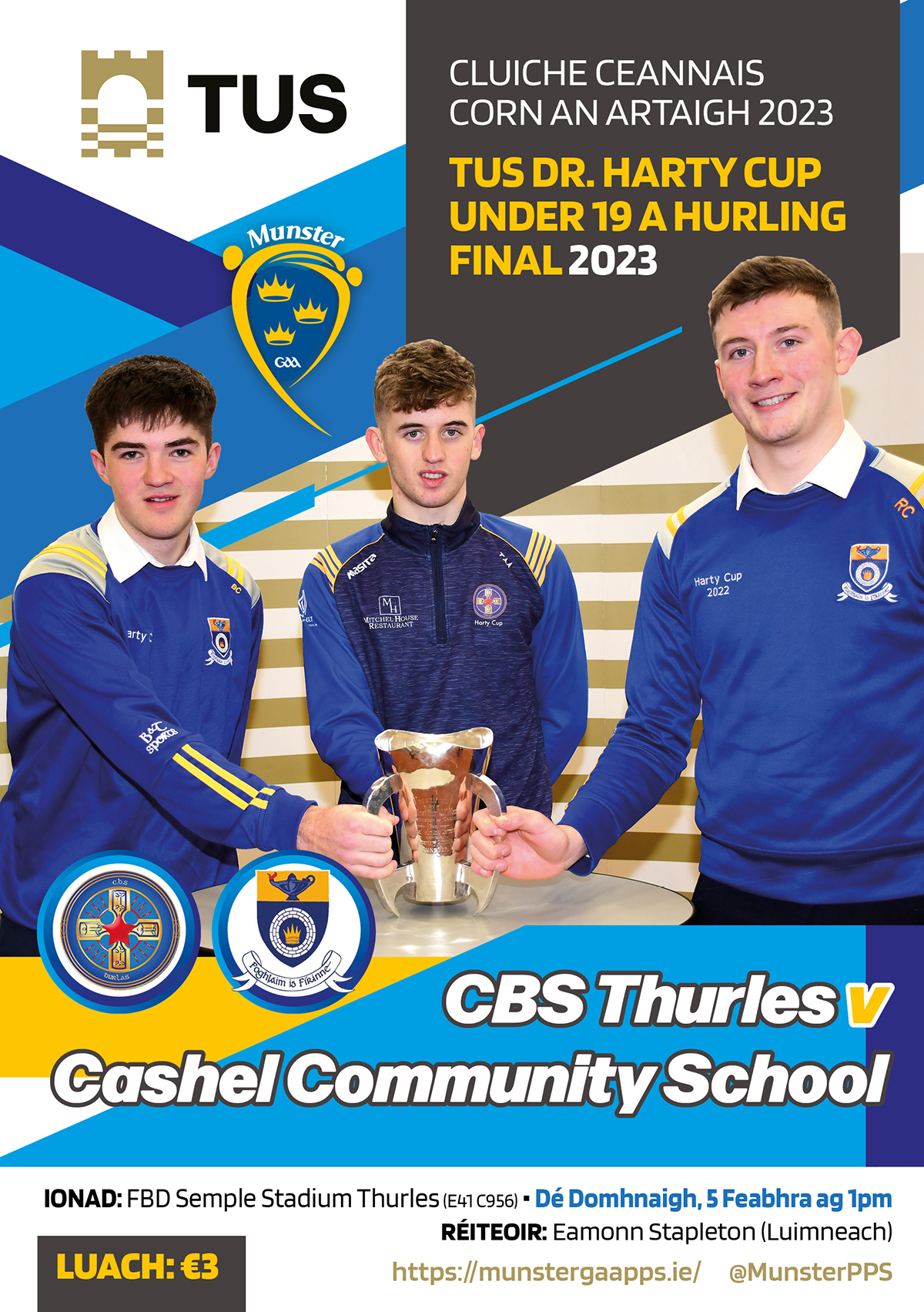 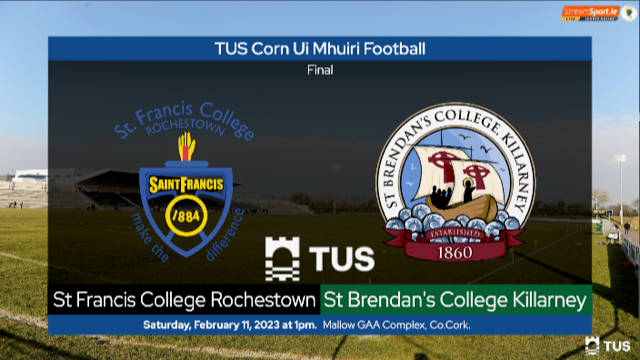 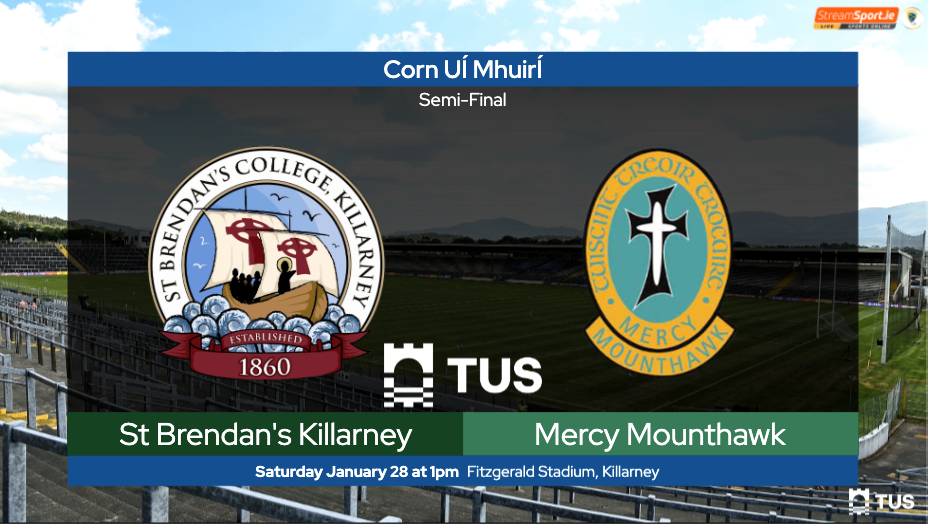 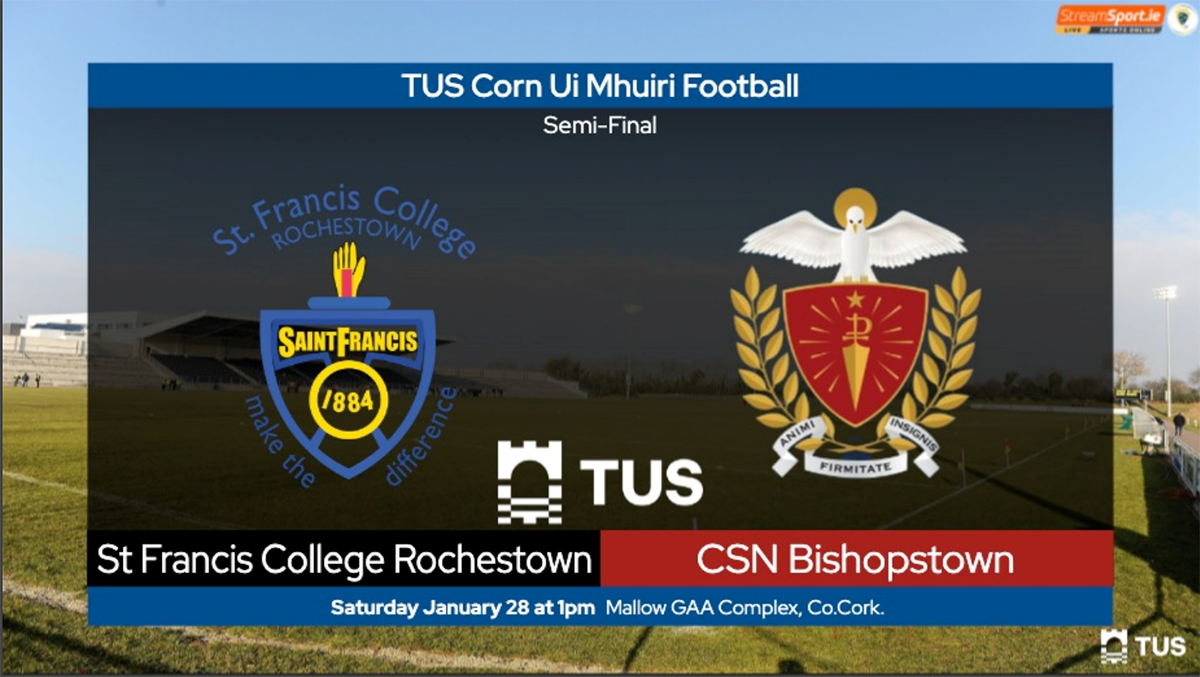 St. Francis College Rochestown defeated CSN Bishopstown by 1-10 to 0-7 in the TUS Corn Uí Mhuirí (Under 19 A Football) Semi-Final on Saturday January 28th at Mallow.